This site has become stagnate. I haven’t updated it in so long that I’ve gone gray. Originally I felt some housekeeping was all that was needed. I wrote the theme for this site a long time ago and it was designed around a 1024 width screen with NextGen gallery as my back end gallery. Simple housekeeping is going to do it anymore. My plan is to write a new cleaner theme with no header picture that will work on all browser sizes. Include a mobile specific version of the site. Drop the NextGen gallery. Give it a big KISS to keep it simple and stupid. Dump the current content and add back in some of original content and my better photos, which were never posted online. Add all the social site integration. This move will most likely include a hosting change.

Since I’ve pretty much lost all the people who actually followed the site I’m sure nobody will notice immediately, hopefully one day if i build it they will come.. yes its a corny reference.

My sabbatical is over, even if I’m not sure when it started.  My last post ended with “C’est la Vie” and the sabbatical began. I started this blog as a simple way to express myself through art of all medias. It ended mostly in snapshots with very little of my art making its way in. It is time to return with some reinvented chaos to be reorganized.  Once the cobwebs are removed I’ll start making changes. If I like what I see the production will begin.

Here is the last ever photo for the, 2 year long, 52 week photo experiment: 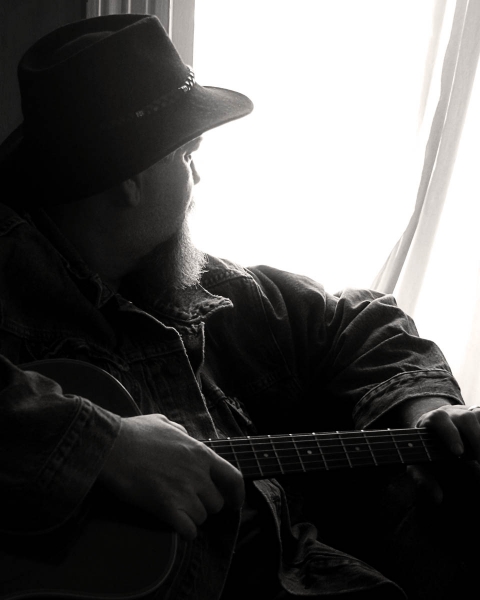 As I sit back and reminisce the last 2 years of photos I am thinking of somewhere over the rainbow. 144 photos in 2010 and 154 photos in 2011. The random theme machine has been disabled and soon to be released for download to the world.

How old do you ask? all I can say is it is going to be hard to sit. I broke the paddle.

The rapture is upon us! It is time for change: Colors will be altered, The front page will burn. New pages will rise from the ashes, whole galleries will disappear, new galleries will appear, software will be added to the software tab, brother and sister websites will be born and in the end a rebirth.

Here are some night photos of the bridge on the new bike/walking trail next to my house.

Enjoy the enhancing audio from the walk: frogs

The bridge has a rather pretty view. Well worth a trip. The frogs are loud and everywhere. Wear a coat and be prepared for a walk. 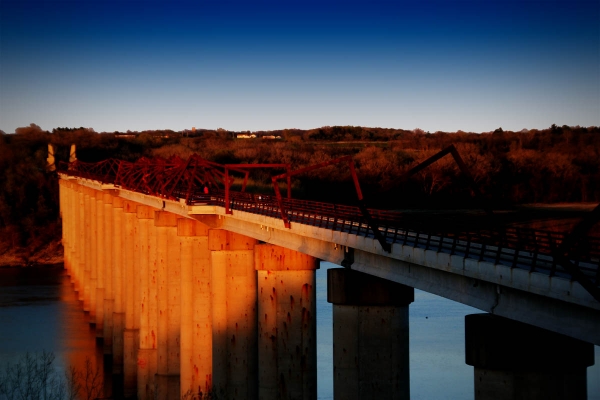 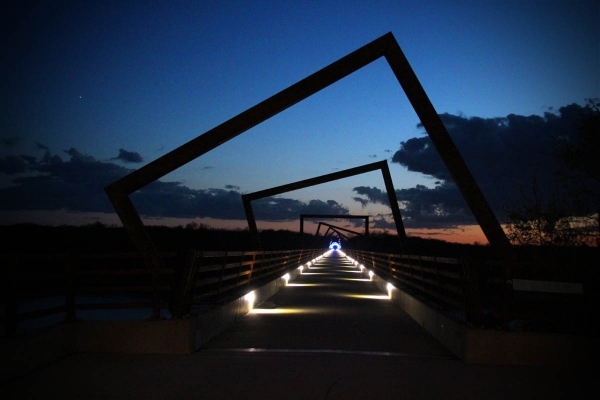 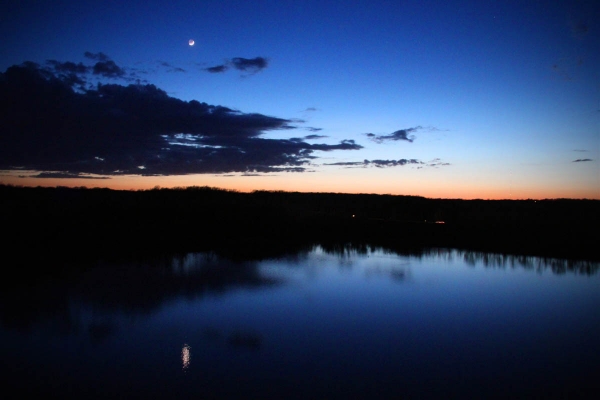 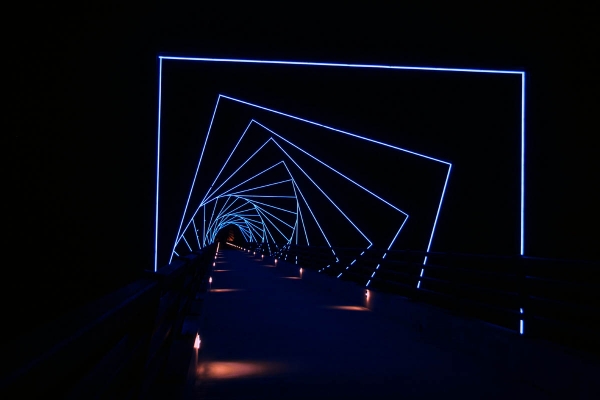 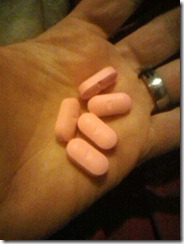 My weekend started out good with the football game being won 58-32 putting us in the semi finals. 😀 yeah!!! It then went down hill and ended a bit rough. On Friday night my small illness I was fighting turned into a bad 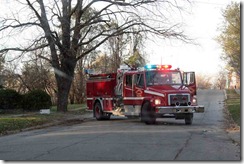 infection that required some heavy antibiotics. Look left, yes one has to swallow them. All Saturday and Sunday I mostly just stayed in bed. On Sunday afternoon I was surprised with an over powering gas odor (although I couldn’t smell it I was told it was bad) and a fancy red fire truck blocking my drive with other trucks blocking the center of town.

The fire truck was there to warn us of a major gas leak caused by a worker who hit a two-inch gas line. He dug through it. We evacuated the house. The kids complained of being light headed and nauseous but everybody including animals are ok. Gas is back online. Monday as I type this blog I am still recovering from illness but feeling good enough to type from a laptop.

WARNING the following contains geek and maybe difficult to understand without a manual. Why was my photo blog a day late? it was the dog. My frankensteined server named BadDog, renamed BadDog$4!7.  It is part of my website and has been pieced together from cast out retired equipment. To give you an Idea of age it is a SCSI RAID 1 consisting of two 37.8gb hard drives originally with two partitions of 9.9gb and 27.9gb.

I rescued a SATA RAID card with a pair of 260gb SATA drives and figured it was a good time to upgrade. I Installed the new RAID and moved the 27.9gb partition to the new RAID and expanded the 9.9gb to 37.8gb, BIG MISTAKE. I am still feeling the bite I received.  It turns out one of the 260gb hard drives was bad losing all my data. I managed to recover my data and the server is back online but without the protection of RAID. I’m going to go offer the dog a bone and see if it decides to like me.

This year I plan on attending as many family/kid functions as I can.  Keeping with that thought and remembering to bring my camera for once. I attended my sons football game and managed to snap a few shots of him playing. It seems he has recovered from pneumonia. They won 38-0. 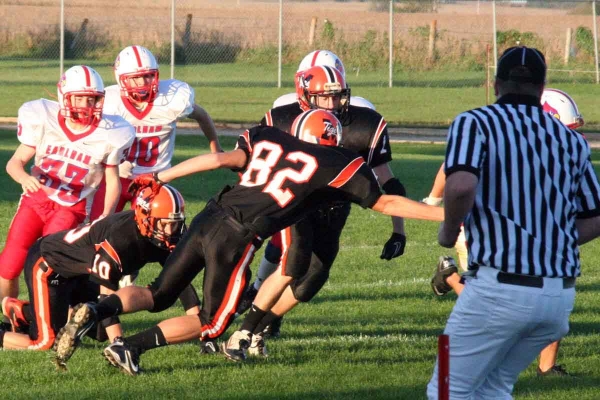 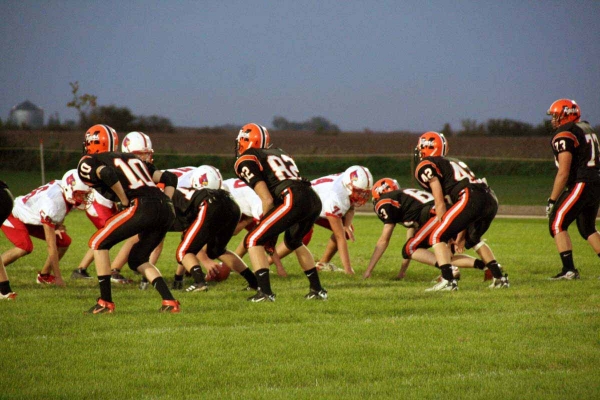 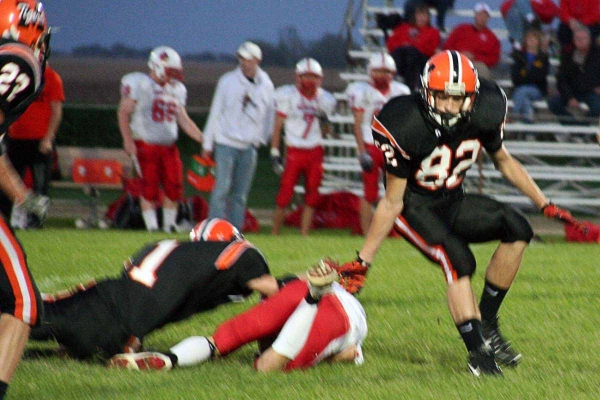 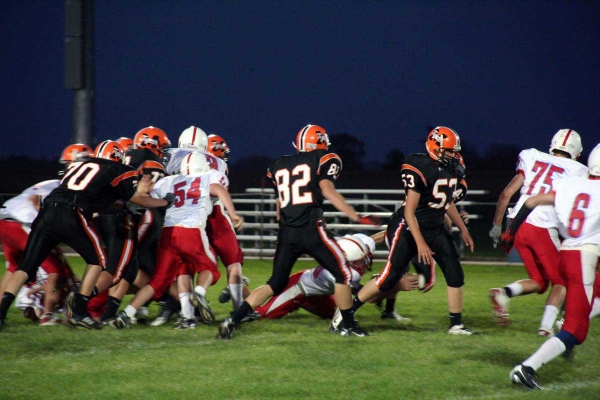 After an unmentionable game, of which I was witness to the carnage, I couldn’t sleep so I went out Saturday night to take a few photos. 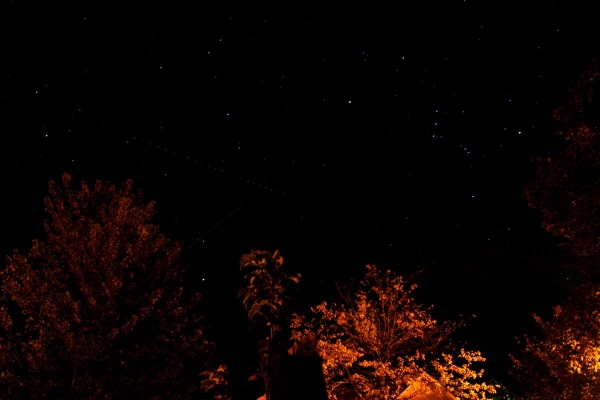 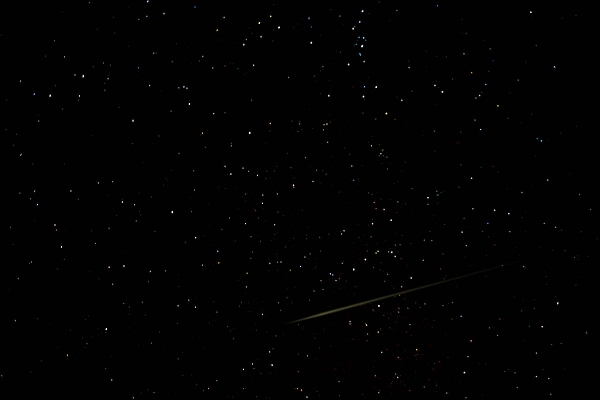 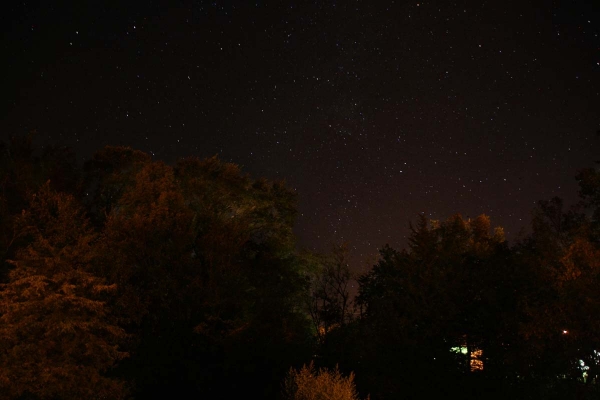 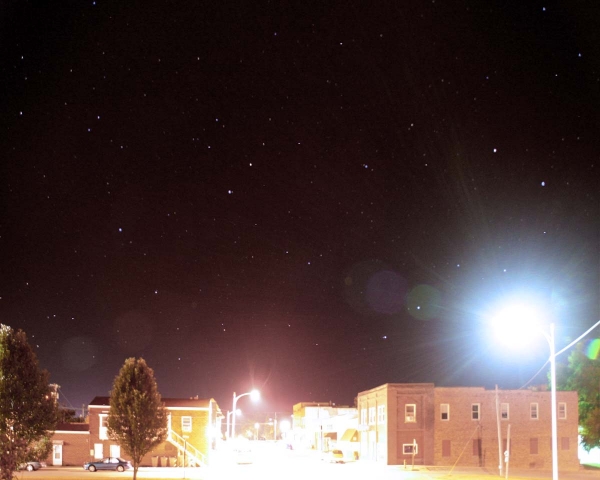 Join me in wishing her a happy birthday. Later she will have trouble sitting from all the paddling. I may need two paddles. She has indicated cash is welcome as she would like a new notebook but checks will do ;-). Here are a few photos of her…

It seems my quick jump into to the newest coolest cutting edge blew up my website. After a long bit of fiddling everything but my calendar seems to be up and running. Lesson: Never jump into something without checking what you are jumping into.

This past Sunday I did rush senior photos for my nephew Zach. It turns out they hadn’t been done and needed to be turned in by Monday. So I drove for 2 hours to met up at my sisters and take a few quick photos of Zach and His girlfriend who also needed some senior photos. Then drive back 2 hours and process them. This was a rush job but I think they came out ok. 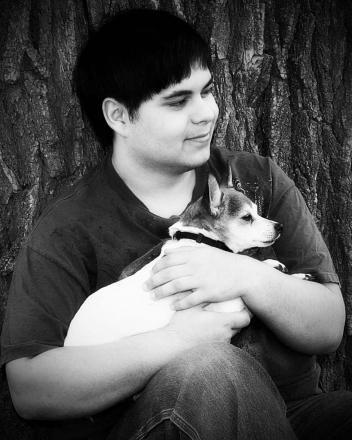 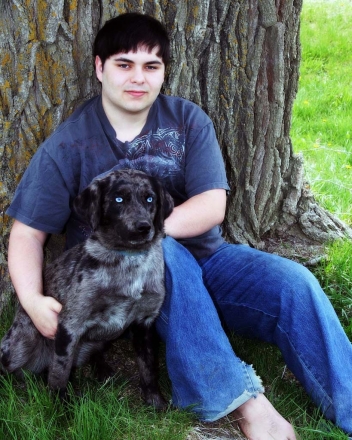 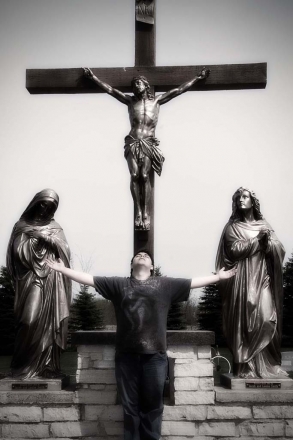 This was a fun photo done only to make mom laugh. 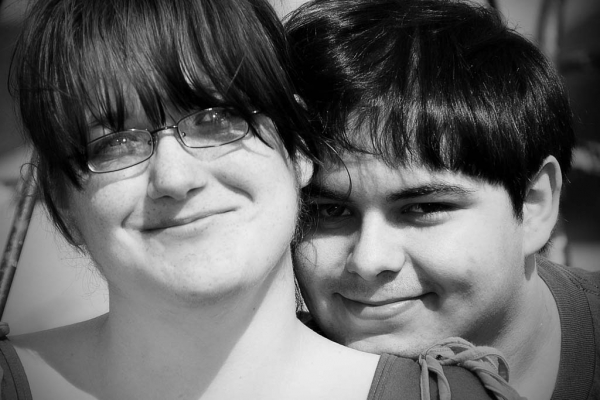 Trip, quick save the falling caffeine.

Drop the camera worth 500 Starbucks Latte’s.

Miss the falling caffeine to catch camera and lose both. 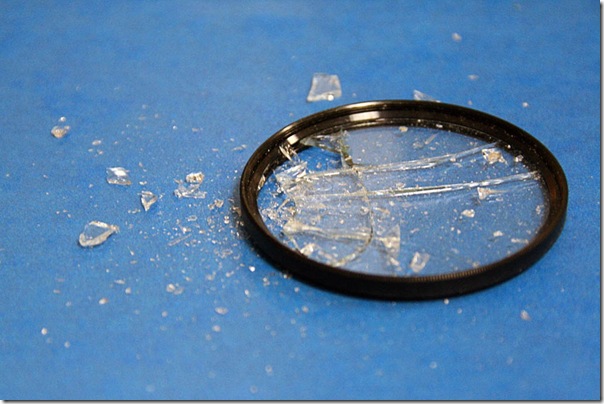 Well I did create a photo.

With Oscar weekend behind us we now know what movies we should have watched? I have not seen all the movies but I can give an opinion on what I think of the ones I saw.

“The Hurt Locker” was ok, but best picture ok? It seems if it has something to do with war we love it. Good movie, Best Picture I’ll leave that to the experts.

“Inglourious Bastards” is one of those, again, war movies you either love or hate.  It is a hard movie to follow and full of over the top events that adrenalin filled action junkies will love. Only Quentin Tarantino can bring us this movie.

“Up” I like this movie. I think there are some underlying things that bother me that people miss out on. Charles Munts was ridiculed that what he believed in didn’t exist which drove him to spend his life trying to prove he was right. We should feel some compassion for him but the the movie makes him into a complete bad person when it could have ended in compassion. Russell is a tag along, 8 year old, that you can’t help but like. He is persistent. What I dislike is they never elaborate on the sad fact that his dad, who was such a part of his life and is gone, but suddenly seems to want nothing to do with him. This leads to an ending where Carl Fredrickson finds a place as a surrogate dad filling in to stand next to Russell. This can leave the impression that all dads want nothing to do with their kids? We do feel the pain when Carl Fredrickson loses Ellie and later discovers her photos of their life which was her great adventure.

“Avatar” This wasn’t a bad movie. It suffers from special effects overload. If you love special effects and science fiction, this is the movie for you. The effects are great. It is the movie to see in 3D. Plot kind of falls short. This movie is watchable in 2D unlike the last 3D movie I saw which was the 2008 “Journey to the Center of the Earth”. That movie in 2D doesn’t work at all, because it is filled with effects that were designed specifically to highlight 3D.

“Star Trek” It’s an amped up combo of Old Star Trek and Star Wars effects with Fire Fly Sci-Fi mixed in. One of the better Star Trek movies, even if the altered the original story line. It’s a movie people don’t get bent out of shape.

Easily Molded Into Anything